Have you ever wondered why the world is the way that It is?

I’ve always had a curious mind; I like to know how things work so I have a better understanding. This has been a great advantage in my career & personal life. It has also caused great annoyance to some who don’t understand why I just can’t seem to accept life the way it is 😉

I believe the day we stop questioning all things will be the end of humanity.

As most of you know, my brother Tony developed oesophageal cancer at 16 years old, 6 months later he left our world. Everything I believed to be right in this world was gone. I was left with nothing except one burning question…

Over the last 8 years I have spent much of my spare time researching, it began with cancer & the medical industry which passionately grew into all areas of life. Leading to a beautiful, out-of-this-world spiritual awakening & realisation of our true divine sovereignty.

I would like to share some of my research with you, in a series of blogs I will call ‘The Hidden History’

If any of this information causes you discomfort I understand, it caused me discomfort when I first started learning. However, knowledge is power!

This series will mostly relate to the medical industry.

I’ll begin in timeline order starting in the early 1900’s - stay with me, for you will see how it is all connected to present day.

Don’t take my word for anything, along this journey I will share documents and/or books from where I sourced information so you can read for yourself & come to your own conclusion.

My aim is to inspire you to do your own research & to ignite that fire of curiosity within your heart.

In 1910 an incredibly significant thing happened that shaped the medical industry into what we know today.

If you are not familiar with the Flexner report you can read it here:

‘Abraham Flexner had a strong bias against homeopathy & naturopathy, and colleges were gradually forced to eliminate such programmes. Electrotherapy was declared scientifically unsupportable (although no actual research was done to back this up) and was legally excluded from clinical practise. Many doctors had equipment removed from their offices and taken to ‘museums of quackery’. They were told if they wanted to continue using electrotherapies, they would be doing so in prison. The Pure Food and Drug Act plus Flexner’s report laid the foundation for a century of dominance of pharmaceutical medicine’

I always wondered where the term ‘quack’ came from…

So we have a brief understanding of how the medical industry drastically changed, now let's look at why...

An important point to note from the NIH article is The Hopkins Circle, whose members included:

William Welch, directly connected to Johns Hopkins which was described in this report as the ‘model of medical education’

Frederick Gates, adviser to John D Rockefeller, whose institute The Rockefeller Foundation was one of the funding members of this report. Did Rockefeller's huge donation & creation of the General Election Board give him a say in things?

William Osler – ‘Osler believed the Flexnerians had their priorities wrong in situating the advancement of knowledge as the overriding aspiration of the academic physician. He placed welfare of patients and the education of students as more important priorities. His voice was silenced and no longer a force in this matter following his move to Oxford at the time this controversy was taking place’ (source: ncbi link above)

So Osler disagreed with the narrative of the group & was silenced & moved out of the way. Interesting…

Who was John D Rockefeller???

The Rockefeller University site describes in their history section that after losing his grandson in 1901 Rockefeller was fuelled to create a medical research centre. I understand this more than I can say, losing a precious loved one before their time is life changing & you go searching for answers.

A brief look at his life beforehand tells me he made his money in oil, building the first oil refinery near Cleveland in 1863, incorporated Standard Oil in 1870 & then began buying out all its competitors. Standard oil then got into the railroads business purchasing pipelines & tunnels to set up a system of transport for its own products. Standard oil then bought thousands of acres of forest for lumber & drilling to block competitors from running their own pipelines.

By 1882 he had a near monopoly of the oil business in US.

With such an aggressive push into the industry, the public & US congress took notice as they did not take kindly to monopolistic behaviour. In 1890 the Sherman Anti-Trust Act was created.

This act forced Standard oil company to dissolve, creating spin off companies run by others however the Standard board maintained overall control. 9 years later he reassembled the businesses. In 1911, US Supreme court declared violation & they were forced to dissolve again.

In 1914 John D Rockefeller hired Ivy Lee. Ivy Lee worked in public relations & warned Rockefeller that they were losing public support due to having ordered the Ludlow massacre (which killed workers & their families as well as burning their homes.)

So Ivy Lee used the media to present a 'more humanized version of the wealthy Rockefellers’ & get the public on side.

Check out this video, it should start at 15:20 for the public relations reference:

It is also worthy to note John D Rockefeller founded the University of Chicago, Rockefeller University (formally Rockefeller Institute for Medical Research), Central Philippine University & later in life he devoted himself to philanthropy.

I recommend you look further in to this character for yourself.

A group of men with the same vision for the future of medicine conspired together & used their wealth, power & influential status to force their perceived ‘gold standard’ scientific way on to the medical industry. At a time where naturopathic & homeopathic medicines & practitioners were being created by independents , instead of using their ‘gold standard’ scientific methods to understand these ways & incorporate them to their vision, they called them quackery & dismissed them entirely. They were defiant in their beliefs and anyone who got in their way was easily disposed of due to their wealth, power & influential status.

Is there a similar theme in current day?

Join me soon for part 2 of The Hidden History.

sourced information so you can read for yourself & come to your own conclusion.

My aim is to inspire you to do your own research & to ignite that fire of curiosity within your heart.

How to boost your Immune System 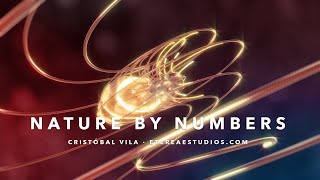